Considered the very biggest event in the sporting world, the FIFA World Cup is like no other. It takes place every four years, and hosts some of the world’s most well-known players and teams.

It’s every footballer’s dream to get a chance to take place in the World Cup, allowing them to show off their techniques and skills for the entire world to see, and it’s a dream that many young athletes keep in mind when they start working toward becoming a professional.

Its popularity and history mean that there are plenty of fascinating facts focused on the FIFA World Cup and everything it has to offer. Read on to learn some of these facts and the way they’ve shaped the World Cup as we know it.

The Amount of Alcohol

Alcohol can be found at most sporting events, offering fans a chance to enjoy the show while having a merry time while doing it. And while it’s popular among most sports, it seems that fans of football tend to be the ones that consume the most alcohol on average.

For the FIFA World Cup that was hosted in South Africa in 2010, it’s believed that round 3 million beer bottles were sold at the different stadiums around the country, which equates to around 750,000 litres of beer. Along with this, almost 400,000 hot dogs were sold to the same crowds, making beer and hot dogs the beverage and snack food of choice for fans.

The Biggest Winnings Ever

Being the covetous event that it is, it makes sense then that the winning expected from something as big as the World Cup would be enough to match its famous title. Currently, the winnings a team can expect to take away from earning the trophy at the end of the tournament sits at around $38 million.

For those that are just the runners-up for the big prize, they can expect a lower prize of closer to $28 million. For group stages, teams can win $8 million, while $12 million is up for grabs during the bonus rounds, the kind of money only seen in such pastimes as election bets.

The internet has given us access to all of the world’s biggest events as they happen, but it also means that more people than ever have been given the chance to follow the World Cup. In fact, it’s the event that currently holds the record for being the most-watched in history, with specific focus on the 2018 edition, which was held in the country of Russia.

It’s estimated that while the World Cup was happening, around 3.5 billion fans in total tuned in to see the outcome of the matches. No other event or sport on earth comes close to boasting numbers even remotely quite as high.

It’s expected that future iterations of the World Cup will bring in even larger swathes of fans, especially as internet access continues to grow throughout the world. 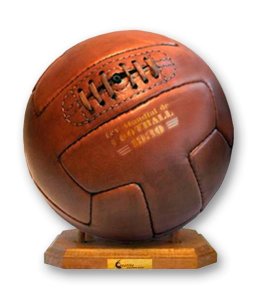