At some point or another, we have all been exposed to soccer. We are familiar with the sport and some of the more famous players. While we are consumed with following the latest matches and fixtures, as well as the news and developments of the players and teams, we often forget that this sport has come a long way since the first time it was ever played.

Having said this, here are some interesting soccer facts that you may not know.

1. It is the most popular sport in the world

While the exact age of soccer remains a mystery, early versions of the game can be traced to approximately 3000 years ago.

3. Women have taken it on

Women and men started playing soccer around the same time. However, it was not until the 1990s when women’s soccer began to increase in popularity.

4. The balls were recyclable

The first soccer balls that were made in China ere bade of rubble that was enclosed in clothing that was sewn together. In Europe during the Middle Ages, pig bladders were inflated and used. Today, soccer balls are made of latex or butyl bladders that are enclosed in a synthetic leather covering.

5. There are a lot of potential shots

Some of the different shots include flying volley, full volley, side volley, half volley, swerve shot, knuckle shot or instep drive.

Soccer is played on an open, grassy field that is referred to as a pitch. It must be rectangular and needs to be 50 to 100 yards wide and 100 and 130 yards long to be regulation size.

8. Sheffield FC is the oldest club

Sheffield FC was established in 1857 and is currently the oldest football club in existence.

9. You need to have grass to be recognised by FIFA

Greenland has never been able to have its soccer teams recognised by FIFA This is because the country is unable to grow grass for the soccer fields.

During a soccer match in the Congo, lightning killed an entire team. All 11 players of the Bena Tshadi were killed, and many people believed that witchcraft was to blame for this tragedy.

11. The World Cup brought on change and new life

Nine months after Germany hosted the FIFA World Cup in 2006, the country experienced a 30 percent baby boom. Not one of the big bonuses players expected, but a fun one, nonetheless.

Soccer has come a long way since its humble beginnings over 3000 years ago and will continue to change the world as it continues to evolve. 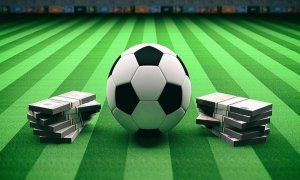