Cristiano Ronaldo (whose full names are Cristiano Ronaldo dos Santos Aveiro) was born on 5 February 1985 in Funchal, Madeira, Portugal. He is a Portuguese football (soccer) forward who is one of the greatest soccer players of his generation.

Ronaldo’s father, José Dinis Aveiro, happened to be the equipment manager for the local club Andorinha. (The name ‘Ronaldo’ was included in Cristiano’s name in honour of his father’s favourite movie actor, Ronald Reagan, who was the American president at the time of Cristiano’s birth.

At the tender age of just 15, Ronaldo was diagnosed with a heart condition which required surgery. However, he was side-lined only temporarily and made a full recovery. He initially played for Clube Desportivo Nacional of Madeira and after this he transferred to Sporting Clube de Portugal (which is known as Sporting Lisbon), where Ronaldo played for that club’s various youth teams prior to making his debut on Sporting’s first team in the early 2000s.

A tall player at 1.85 metres tall, Ronaldo is a formidable athlete on the pitch. Formerly a right-winger, he developed into a forward with a free-reined attacking style. Ronaldo is able to mesmerise opponents with a slight of foot that makes sufficient space for openings in opposing defences.

In his first season playing for Manchester United, Ronaldo scored three goals in the league. In addition, he also scored in the FA Cup final to assist the club win the trophy. Twelve months after joining Manchester United, he scored two goals in the European Championships for Portugal as the team ended up as runners-up on home soil.

Ronaldo became one of Manchester United’s most significant players during his six-year stint at the club. During this time the club became one of the most successful clubs in Europe owing to the fact that it achieved three league titles in a row in addition to the UEFA Champions League in 2008.

Ronaldo scored a total of 84 goals for the club in 196 league games and he became one of the definite best players in the world. Ronaldo’s father died in September 2005 from an alcoholism-related liver condition. Maria Dolores dos Santos Aveiro, his mother, is a survivor of cancer. She was diagnosed as having breast cancer in 2007 however eventually recovered.

Cristiano Ronaldo has four children. Three of these children were born via surrogate mothers. He first became a dad on 17 June 2010. His son, Cristiano Jr., was born via surrogacy. Ronaldo did not disclose the identity of his son’s mother. On 8 June 2017, he became father to twins, daughter Eva and son Mateo. They were also born via surrogacy.

From 2010 to 2015, Cristiano Ronaldo was in a relationship with Russian model Irina Shayk. At the moment, he is in relationship with Spanish model, Georgina Rodríguez. The couple was blessed with a daughter, Alana Martina, on 12 November 2017. At the time of writing this article, Rodríguez and Ronaldo were expecting twins. 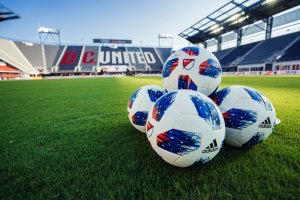 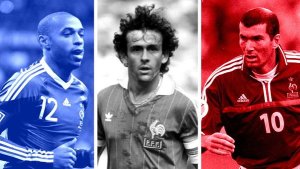