When it comes to professional soccer, there are few other organisations that are quite as well-known as FIFA. The Fédération internationale de football association is the world’s leading soccer governing body, and oversees many of the larger international events that take place every season.

Based in the city of Zurich, Switzerland, FIFA is in charge of some of the most notable names in the soccer industry, with the largest being the FIFA World Cup. Here we will look at the fascinating history of the soccer organisation and how it came to dominate the sport.

The Origins Of FIFA

Soccer has been played for thousands of years, but it would only be during the 20th century that the sport became more organised and required a more rigorous set of rules and regulations, especially as larger tournaments were beginning to form.

There was a need for a single entity to oversee the various events that were beginning to take place, as well as a means of consolidating many of the early soccer clubs that were gaining popularity at a fast rate.

The work would then go on to a handful of European countries, who banded together to create something entirely new, which would culminate in the genesis of FIFA. Founded on the 21st of May in Paris, France, the French name of the organisation stuck and is still used to this day. The first president of FIFA was Robert Guerin, and it would become one of the most prominent and oldest soccer associations in the world.

The very first event that FIFA presided over took place just two years after its creation in 1906, but it was not a terribly successful endeavour. It didn’t take long for Guerin to be replaced with Daniel Burley Woolfall, who was a native Englishman after his home country became a member association.

In 1908, another official event was held during the Olympic Games that took place in London. It proved to be much more successful at the time, and set the stage for FIFA to begin earning a name for itself across the world.

By the time that the early 1920s had come around, Jules Rimet had taken over control of FIFA, and under his leadership FIFA flourished. Jimet would remain as president for 33 years in total, and it was during this time that the World Cup was first established, and is now almost as popular as the titles on https://onlinebetting.net.nz.

It was seen as a major success for the organisation, and would become a permanent fixture going forward. FIFA suffered greatly during both World War I and World War II, but by 1958 an official voting system had been set up, and many of the rules that have remained in modern days were created and only incremental changes were made over the decades. 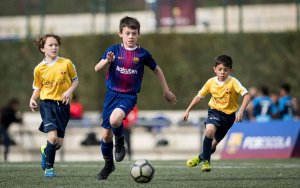